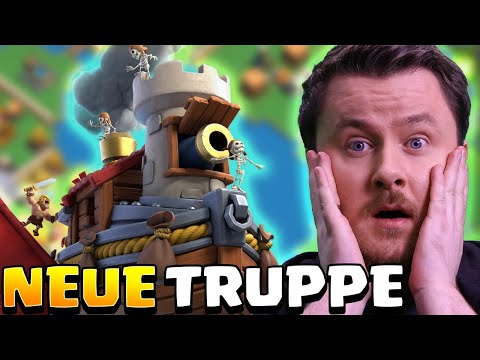 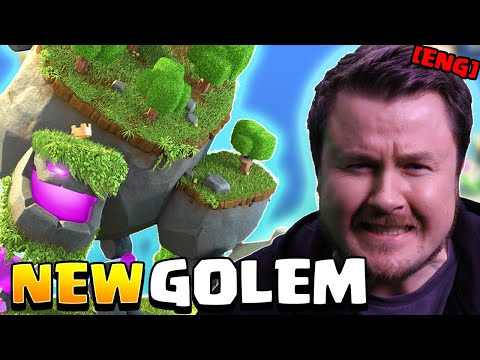 Die Forge ist ein brandneues Gebäude, das auf der 6. Stufe 6 auf dem Rathaus freigeschaltet wird, und Sie finden die Forge neben dem Luftschiff, das Sie zu Ihrem Clan -Kapital bringt. This structure allows you to manufacture and collect small amounts of Capital Gold, the resource needed to upgrade your Capital buildings, every day. Additionally, high-level Town Hall players will be able to assign Builders in order to exchange Home Village and Builder Base resources for Capital Gold, which means you will need a free Builder to convert resources into Capital Gold. Additionally, the Builder Boost from the Gold Pass as well as Builder Potions will speed up and reduce the time required to craft Capital Gold at the Forge. You can also complete a Capital Gold conversion in progress by using Gems.

Capital Gold and Raid Medals are two of the new currency rewards for participating in Clan Capital Raids.

With Capital Gold being a brand new resource, we’ll make sure there’ll be opportunities to earn Capital Gold through Season Challenges and other events.

„This is a HUGE article that contains just released information. Please check back every few minutes because we are still adding more content and pictures!“

Get ready Clashers, the biggest Clash of Clans update ever is here!

The Clan Castle allows Clans to build and battle together.

These are the districts of the Clan Capital. Each one is fortified with different defenses, and every District has a District Hall.

Disctric Hall works the same as a Town Hall, unlocking new upgrade levels to Buildings, Traps and Troops in that District. You Upgrade them using your Capital Gold.

At the top of the mountain, there is the Capital Peak.

The Clan Capital is available as soon as you enter the Clan Capital. Each Capital has its own District Hall, which can be upgraded to unlock new Buildings and Districts.

Leaders and co-leaders can personalize it by moving buildings.

How do you use Capital Gold? Each ruin on the map unlocks a bundle of Buildings, Traps and Walls.

Repairing Ruins and upgrading Buildings costs Capital Gold. Just tap on the building to donate Capital Gold to that ruin or building.

Can anyone in the Clan donate to any upgrade? Yes, it’s all about building together.

There are no laboratories in the Clan Capital. Troops and Spells are unlocked by repairing certain Ruins.

Damage to buildings and defenses is permanent. This means that the damage is saved between each attack.

Spells last longer in the Clan Capital. They will even remain on the battlefield between attacks. This means you can setup your own clanmates‘ attacks.

Also, as each attack destroys more of the enemy’s District, the deployment area expands.

Every Clan member has access to Troops and Spells based on the Buildings the Clan has unlocked and leveled up. This means that everyone, from max players to brand new members can attack with the same troops and spells.

Players can also select their Capital Army without training time and cost.

Each Clan member gets a set number of attacks to use over the Raid weekend. However, they can earn a bonus attack the first time they get a 3-star on a District.

When a Clan completes a Raid, it will automatically be put into the next matchmaking for the next 1. Raids only stop when the weekend stops.

The first Capital Raid will be available a little while after the update is released.

Players can loot that Gold from buildings during Raids. At the end of the Raid Weekend, Clan members will earn a new currency called Raid Medals.

They will be rewarded for each successful Raid, and for how well your own Capital defends against enemy attacks.

Raid Medals can be used to fill your own Clan Castle Troops, which means you don’t have to wait for donations anymore. The Trader Shop will also accept Raid Medals.

Matchmaking for Capital Raids is based on your Clan Capital progress.

Warning: Can only detect less than 5000 characters