A new cookbook featuring „thoughtfully imagined“ and „flavorful recipes“ inspired by The Witcher series is out later this year.

Releasing on October 25, 2022, and costing $35, The Witcher Cookbook will feature „eighty mouthwatering and restorative recipes inspired by the bestselling video game series The Witcher, from hearty tavern fare and fortifying drinks to lavish banquets for feasts with friends“.

„Take a culinary journey through the fantastical world of The Witcher with thoughtfully imagined, flavorful recipes inspired by The Witcher‘s expansive settings, characters, and lore,“ explains the blurb on the book’s publisher’s website (thanks, NME).

„In this beautifully photographed cookbook, Anita Sarna and Karolina Krupecka, the creators of fan-favorite food blogs Nerds’ Kitchen and Witcher Kitchen, share their meticulously-researched, immersive recipes that give fans a taste of the distinct flavors a witcher might sample as he travels the countryside in search of monsters to slay and coin to earn.“

It adds that the dishes „celebrate local and seasonal ingredients while adding unique twists that form a culinary map of the Continent and beyond“. 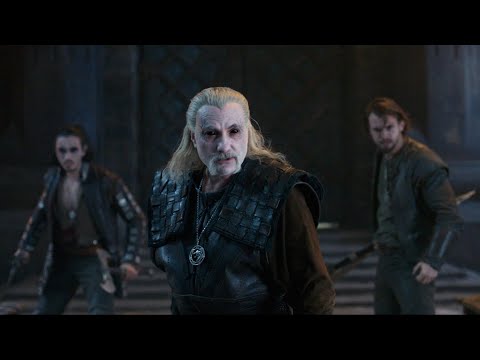 „Warm up over a bowl of fragrant stew or juicy baked fruit from the namesake trees of White Orchard; end a hard journey to Velen with a hearty, rustic meal at the local tavern; enjoy an aromatic snack as you stroll the markets of Oxenfurt; sample dishes from near and far in the diverse port city of Novigrad; dine onfreshly-caught fish and mulled drinks on the islands of Skellige; feast on rich dishes in the sun-drenched climates of Toussaint and Beauclair; or forage on the perilous road to Kaer Morhen to learn the edible secrets of the witcher’s keep. Transport your kitchen to another world with the tempting scents and flavors in The Witcher Cookbook.“

The book can be pre-ordered now directly from a number of retailers, including Amazon, Walmart, Target, and Barnes & Noble, although it looks like some have already sold out of their allocations. The cookbook looks to still be in stock at the UK Amazon store, but you should probably be quick if you fancy it!

ICYMI, there are no plans for The Witcher 4 to be an Epic Store exclusive on PC. And as for the fan-favorite Netflix show of the same name? Geralt actor Henry Cavill recently shared his preparation work for The Witcher season 3 – i ncluding some horse riding that has fans excited that a long-faced newcomer may be joining the cast.

„Reunited with my equine friend Hector today, and my human friend Laszlo!“ Cavill wrote on Instagram. „After a good ride out through the mountains, Hector showed off some of his new rearing skills. He’s showing some promise.“

There’s still no release date yet for The Witcher season 3 but don’t despair: a new spin-off, Blood Origin, is expected out later this year.