Halo Infinite Season 2 has its first proper trailer, and the season of Lone Wolves is looking pretty good ahead of its May 3 launch.

Developer 343 Industries dropped the short announcement trailer earlier today. The description for the trailer promises „new maps, modes, themed limited-time events, and an all-new battle pass that never expires.“ This lines up with the few plans 343 detailed previously, as well as the changes the studio is planning (opens in new tab) in response to Season 1 feedback.

The free track for Season 2, for example, will offer „more customization content than Season 1’s,“ 343 says. The premium battle pass, meanwhile, will grant up to 1000 CR, and ultimate rewards will be „higher value“ cosmetics including visors, coatings, and stances, with no humdrum emblems or backdrops cluttering the reward feed. For reference, the first five weeks of ultimate rewards for Season 2 will be the Sentry stance, a Battleship Haze MA40 AR coating, an Alabaster Cognac Razorback coating, the Amber Yesterday visor, and the Spring Mountain stance.

343 says it’s also working to make items easier to mix and match than the current Kit setup allows, though the timeline for these improvements is still fuzzy. In addition, a Career Progression system which would exist „separate from the battle pass“ as another account-based goal is currently „in the design phase.“ However, 343 doesn’t have a launch date for Career Progression as the studio „wants to nail it out of the gate and that’s going to take some time.“ 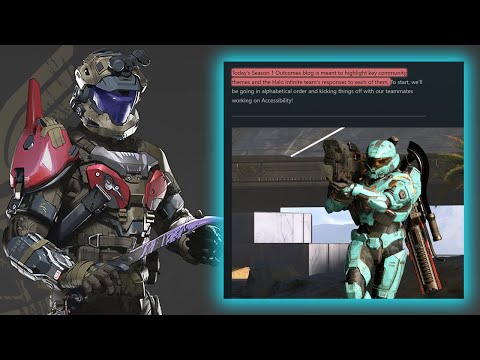 This comes on the heels of another blog post (opens in new tab) outlining Season 2’s playlists and other multiplayer tweaks. Catalyst and Breaker, new Arena and BTB maps respectively, will be added on day one, for instance, and King of the Hill and Attrition will be added to multiple playlists including Quick Play.

With tangible crumbs of Season 2 finally out there, many Halo Infinite players are rejoicing over the pending updates to the game, even if they are still months away. As 343 itself put it last week, „the community is simply out of patience“ after an extended content drought, so the new season can’t come soon enough.